Radioactivity is occasionally in the media. Hiroshima and Nagasaki, Bikini Atoll, Sellafield, Alexander Litwinenko, Chernobyl, Fukushima – Radioactivity is lethal. With a worldwide growing number of nuclear power plants the next accident can be expected. Also often people where exposed without knowing, for example, while scavenging scrap metal from radiotherapy medical devices, eg. Goiânia accident…

Despite the danger and fear, it is fascinating. Radioactive elements emit certain amounts of energetic radiation when the nucleus of a single atom changes its composition. Atoms beyond Lead tend to lower their inner energy by reducing the number of neutrons. This can happen in different ways:

After every single event, the element and its atomic weight changes. The amount of energy emitted, can be measured, giving the ability to detect elements by their individual spectra. Naturally the decay occurs in a chain, for example it takes 14 events from 238U (Uranium) to 206Pb (Lead, stable) thus up to 14 different energy peaks in the spectrum.

A Geiger counter records gamma radiation, which penetrates material easily, with a Geiger Müller tube. Even alpha radiation can penetrate a thin window to be counted. The energy distribution is often unnoticed because it would need a more precise measurement. Gamma versus alpha radiation is weighted 1:20 as alpha is more dangerous to the human body. A counter can now display dose in Sievert dependent of the activity and radiation of a sample.

In a PIN photodiode (the I stands for an intrinsic, not doped layer between the p-n junction) a larger volume is sensitive to generating free electron and hole pairs by incoming photons or in this case high energy particles. In silicon it takes 1.1 eV energy thus a 5 MeV alpha particle can produce a charge of 4.5E6 pairs or a charge of 7.22E-13 As. The photodiode forms a capacitor of about 25 pF (BPW34 Vr=3V) which then charges up to 29 mV. This gives a good separation from input noise which is given 30nV/SQRT(Hz) for LT272 JFET-OpAmp. In an operational transimpedance amplifier, the input charge is converted into a voltage pulse which can be counted easily. The high feedback resistor and its parasitic capacitance set the amplification and pulse length. With 10 MΩ and 2 pF the time constant is 20 µs. the pulse high would be 350 mV. A parasitic resistance cannot be changed. A lower resistance would increase the upper frequency limit but this is conflicting with the gain-bandwidth product of the operational amplifier – so it is a compromise. (This calculation is just the upper estimation. Due to different losses the signals is lower. A lot of energy is not converted inside the p-n junction and not into electron-hole pairs.)

A low cost variant is this discrete transistor circuit. No additional power supply is needed: 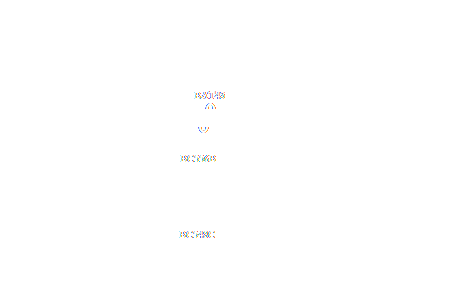 For measuring gamma radiation, there is no special need to the diodes packaging because this type of radiation is only blocked by heavy metals. Alpha radiation instead is completely blocked by 10cm air or a piece of paper. The BPW34 is a cheap PIN photodiode with a large sensitive area. The chip is packed in transparent epoxy resin, so alpha radiation is completely shielded. Dismantling enables the radiation to reach the surface. To achieve this, a handheld milling machine grinded down just until the chip was free. Then the residual epoxy was gently polished away, to prevent damage to the chips surface. A diamond grind disc and some q-tips (cotton) where used. The bond wire is easily broken so its surrounding was left untouched:

With recording the generated pulses, a spectrum of the radiation can be created. For this purpose a photodiode is not the best choice but, see for yourself: 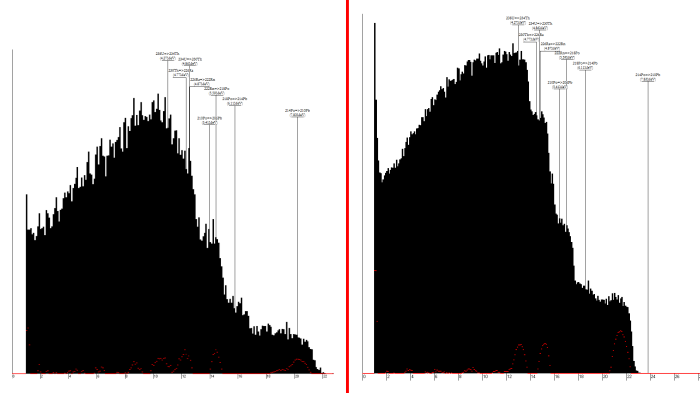 By covering the chip with paper or aluminum, a separation of the three different types of radiation becomes visible. Alpha particles with their high energy and weight are blocked by usual paper and beta by aluminum foil. Gamma radiation with its lower energy remains unchanged at the left side. Alongside, the low energy noise floor was cut off. This histogram is in logarithmic scale as particles differ much in their frequency of occurrence per energy amount, ‘channel’: